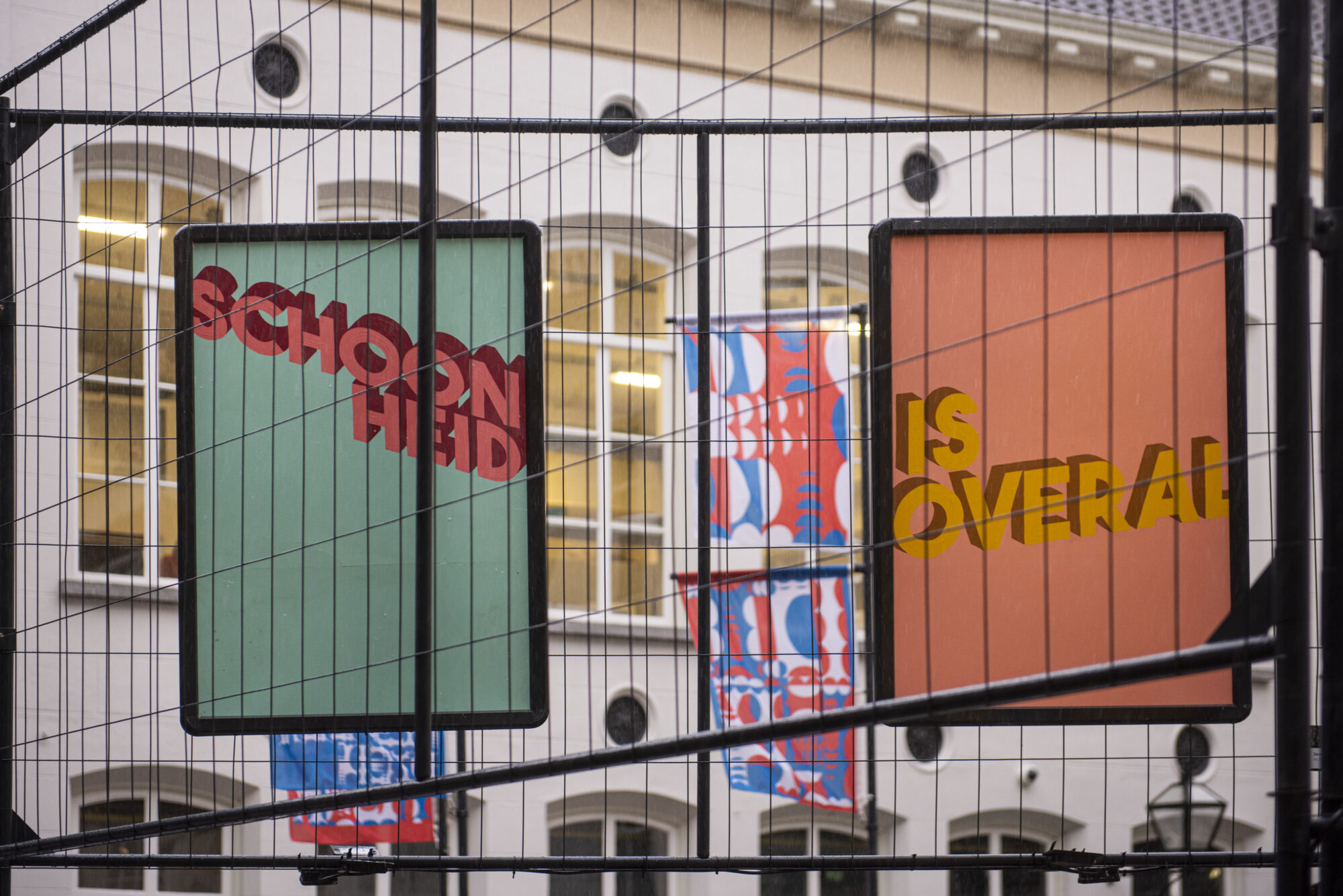 Wat Bezette Stad? is an audio essay by Pieter Blomme and Dennis Gaens. They ask themselves: what occupies the city today? Road signs, parked cars, racist ideas, hardening, ostrich politics, the architecture and the citizens themselves; all are questioned.

In 2021, the Flemish Community succeeded in acquiring the original and intact manuscript of the extraordinary poetry collection Bezette Stad (Occupied City) by Paul van Ostaijen. As a result, it will be well preserved forever and become part of the country’s cultural heritage. In that year it was also 100 years ago that Paul van Ostaijen published his book.

The poems in Bezette Stad do not resemble traditional poetry. The words are sometimes placed on the page in an unusual way. Some words are printed much larger than others, some are printed in bold or very small, or in a certain shape. Because of the typography, created by Oscar Jespers, the poems become visually appealing. Text and image reinforce each other and the typography adds an extra layer to the content of the text.

Van Ostaijen’s book of poems is about the German occupation of Antwerp during World War I. When the Flemish poet wrote these poems, he was in Berlin banishment. This was in the summer of 1920. His poems show that the war had a great impact on him and you can see that the writer longs for a new beginning. In 1917 he was involved in a protest demonstration, he stayed in the German capital because he wanted to escape the consequences of a conviction in Belgium.

The podcast is spoken in Dutch. Listen here:

Wat Bezette Stad? is a production of literary platform Watershed and Flemish-Dutch cultural organisation deBuren, in collaboration with Graphic Matters. The podcast was made possible with funding from Literatuur Vlaanderen, the Nederlands Letterenfonds, the Prins Bernard Cultuurfonds, the Pictoright Fonds, Stimuleringsfonds Creatieve Industrie and Stichting Cultuur Eindhoven.