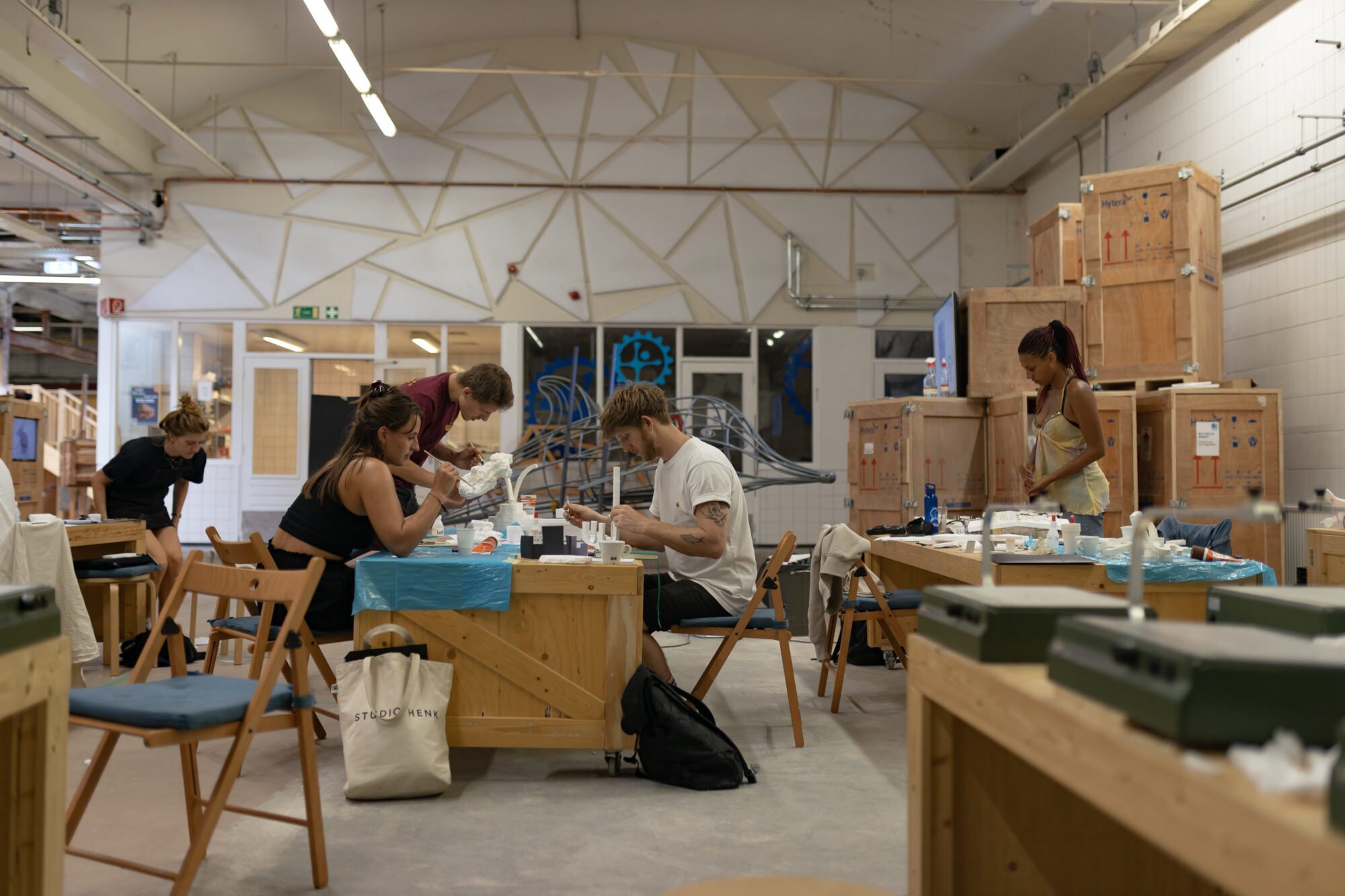 Just like the first week, this week’s participants come from a variety of backgrounds. Illustrators, typographers, graphic designers, some students; some already working. Ymke works as a designer and tells us that by herself, she would never find the time to delve into 3D design so intensively. During YONK’s masterclass, she was able to work in a very expressive way in a technical environment and, as she says herself, she was able to ‘spend three days dabbling in the metaverse’. YONK is a studio based in The Hague that specialises in using Virtual Reality sculpting software to create 3D character design and animations. Participants used VR glasses to digitally ‘mold’ in a three-dimensional way. 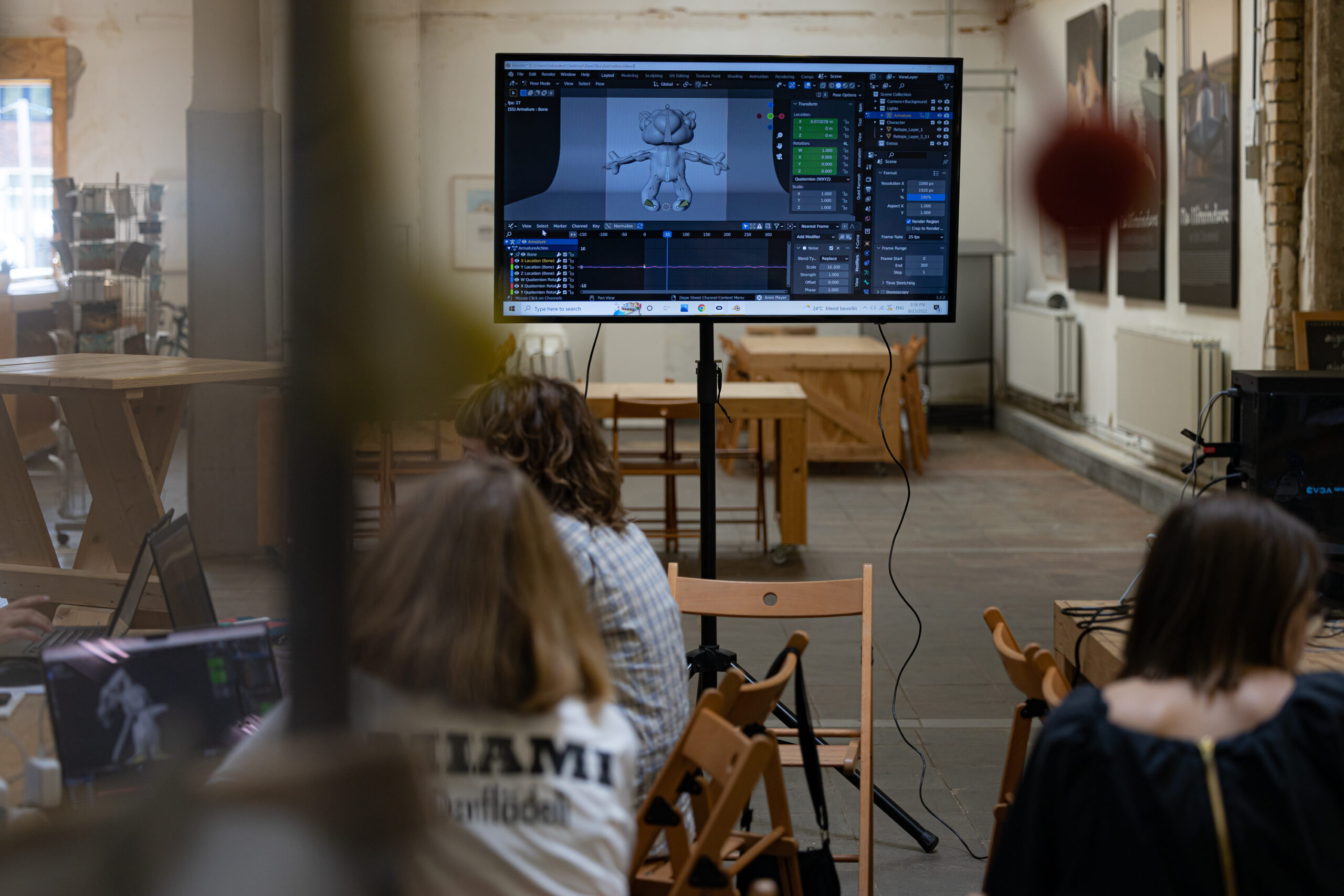 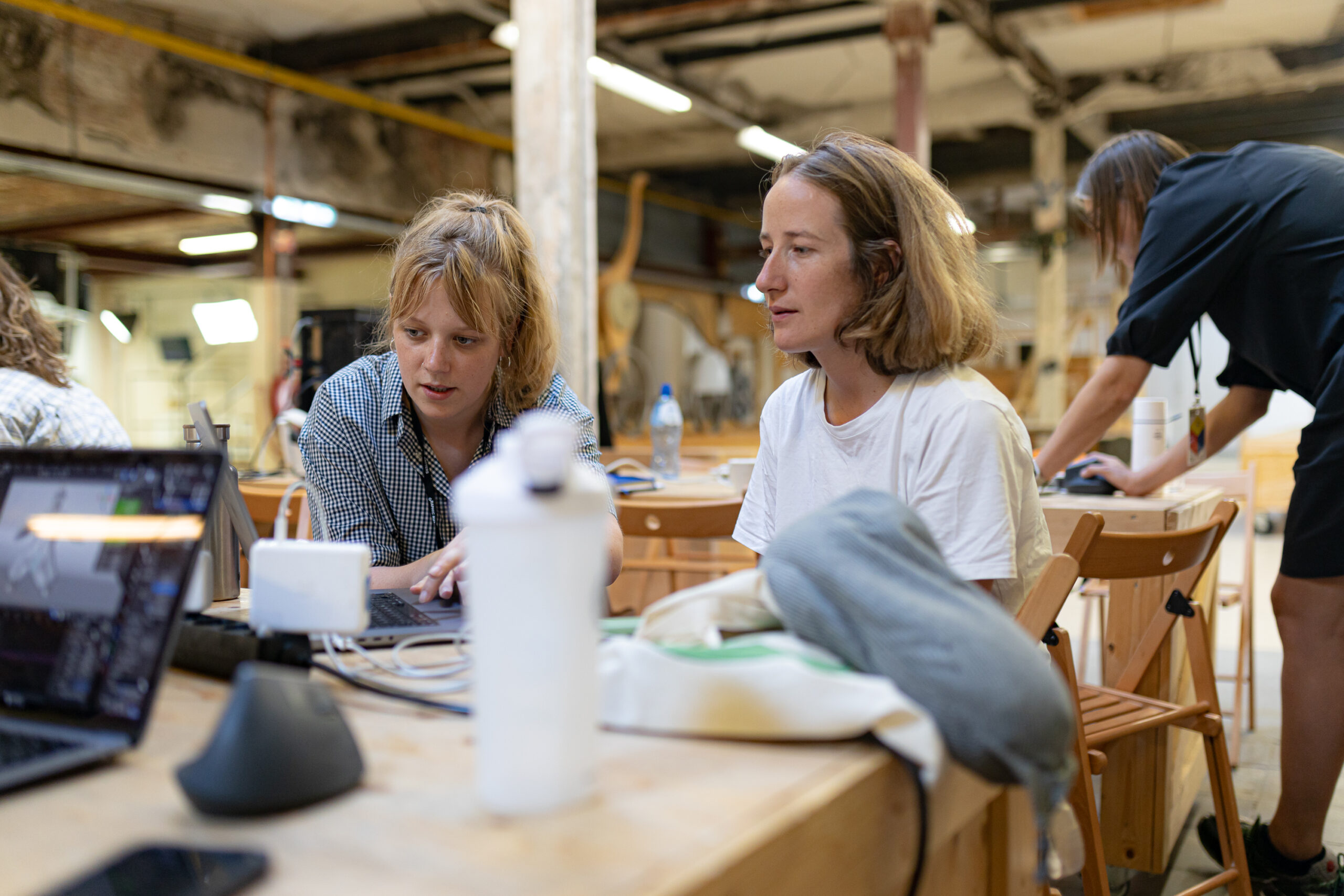 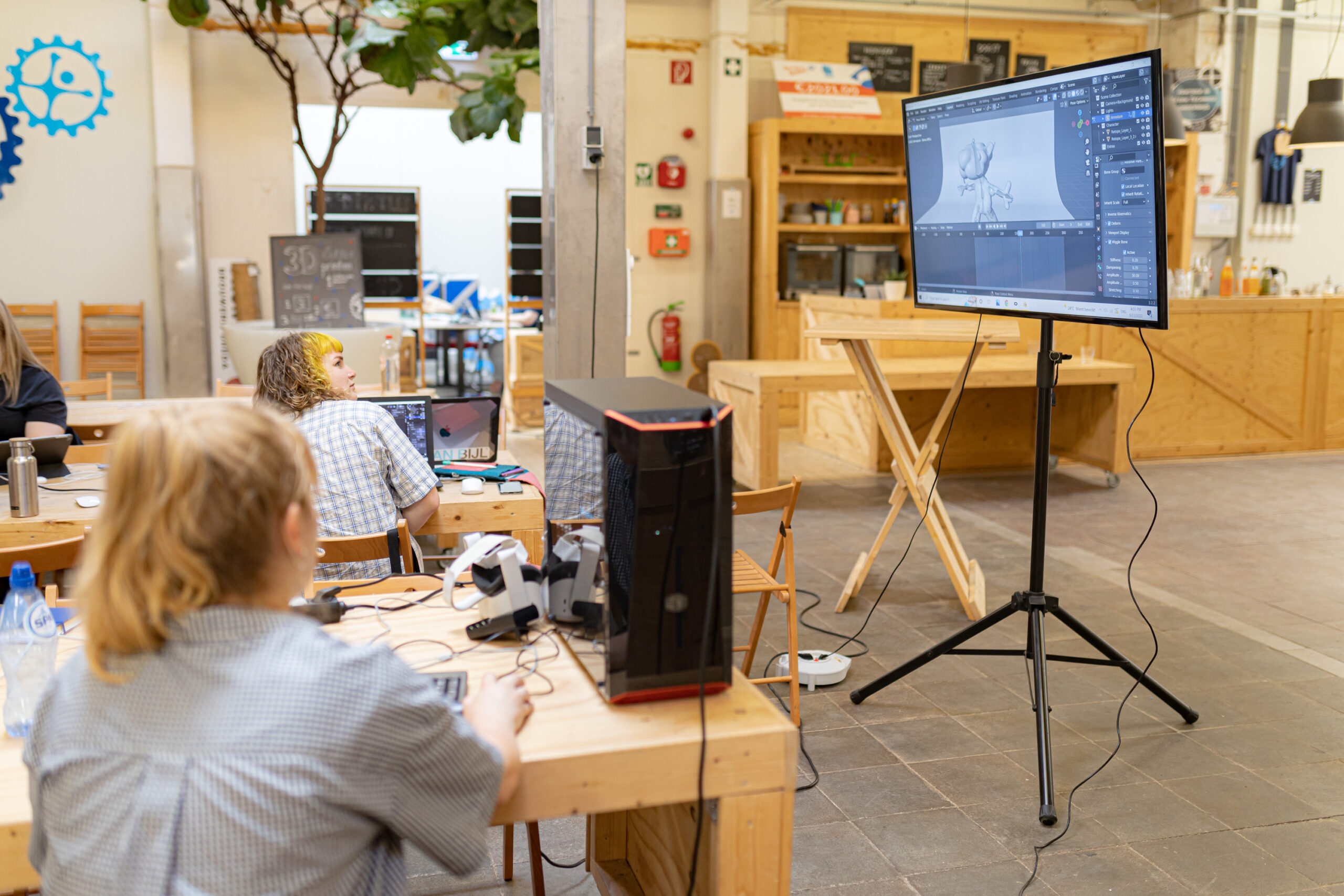 At StudioSpass, there was also a lot of trying and experimenting going on. On the first day, after photographing graphic forms on the street, the participants created models. StudioSpass is a design studio based in Rotterdam that works with print, branding, web and spatial design projects. Co-founder Jaron explains that they always come up with a new concept for a masterclass, this time it was ‘A Scaled Parade’. The participants were given the opportunity to come up with a powerful idea in a short period of time. “We gave them free reign in the design process. The only thing that was agreed on was the material: Styrofoam and putty. The scale was not determined beforehand,” says Jaron.

Micheal was a participant in the StudioSpass masterclass, and the week before that in the Rachel Joy masterclass. About this week, he tells us, “You dive into the world of a studio for a very short time, and you learn a lot from that.” Micheal also found it liberating to work hard for three days, but to still be able to do your own thing. 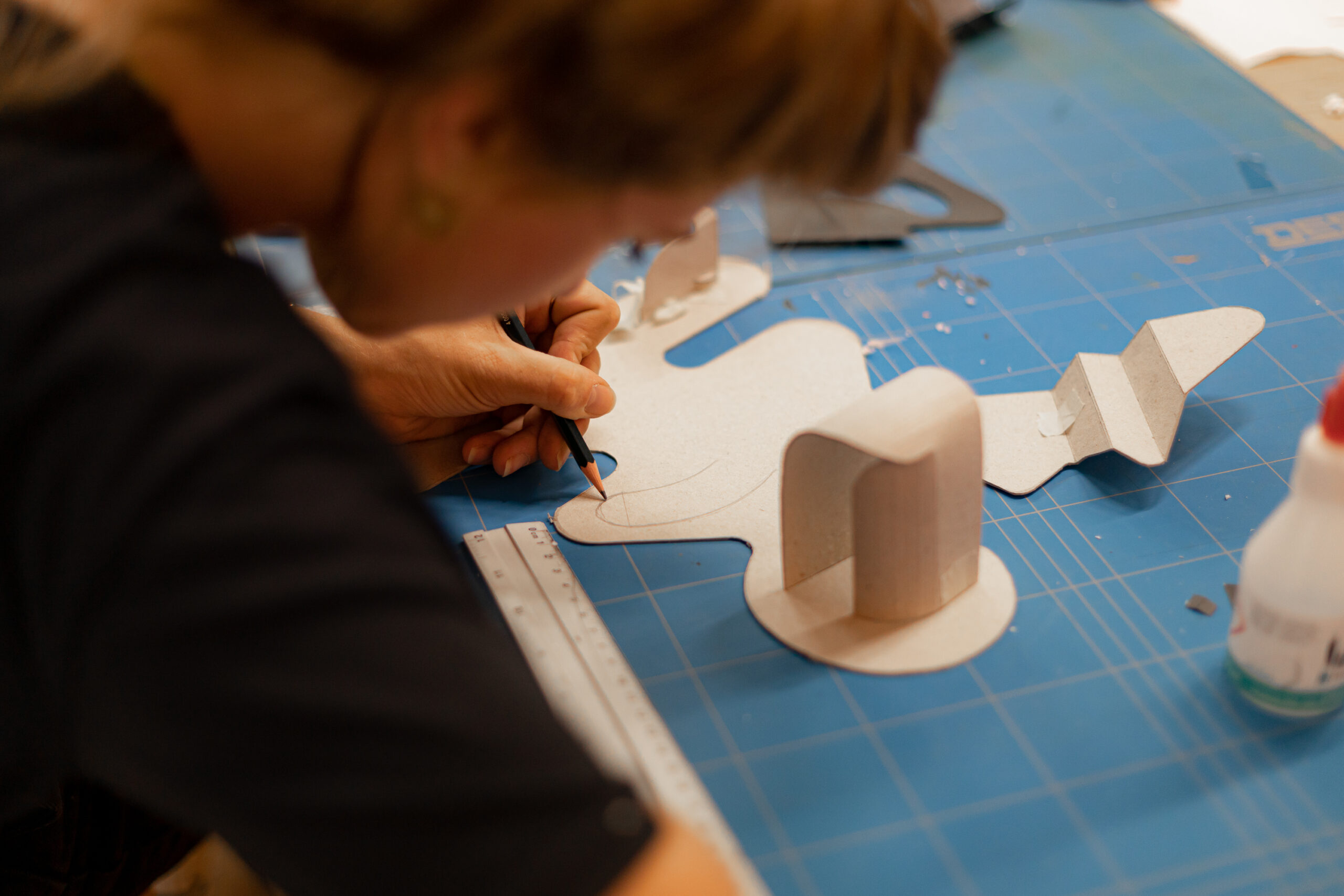 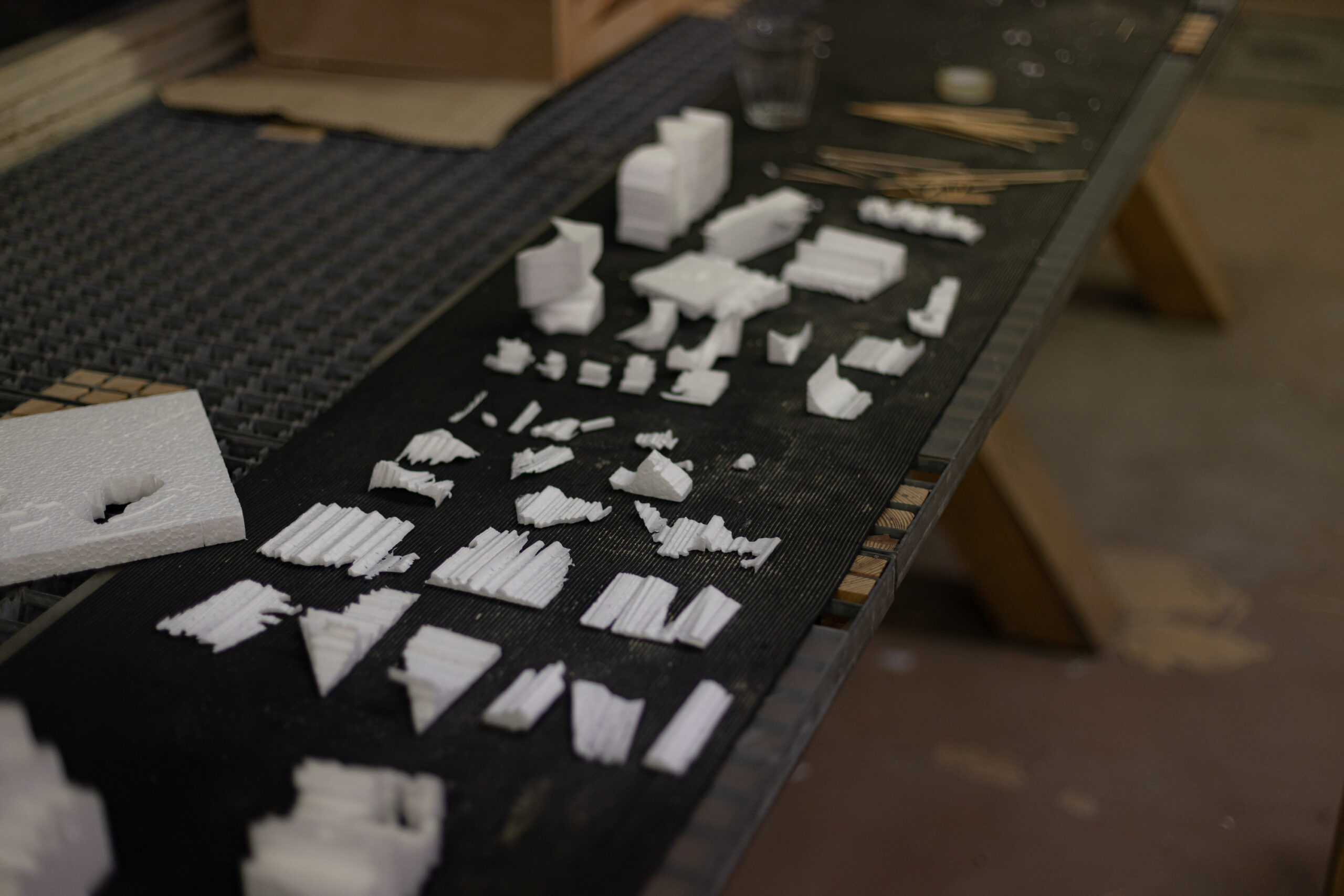 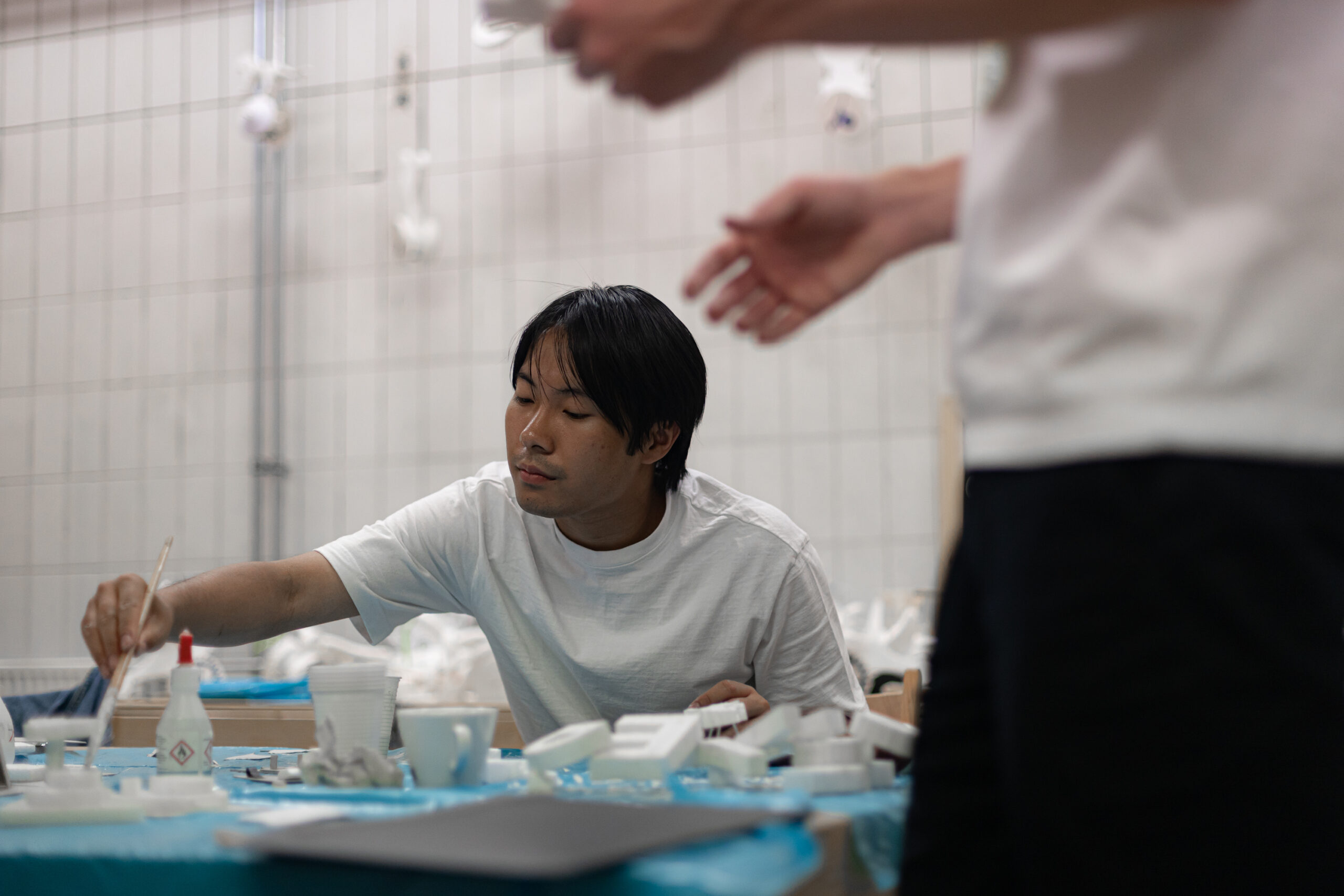 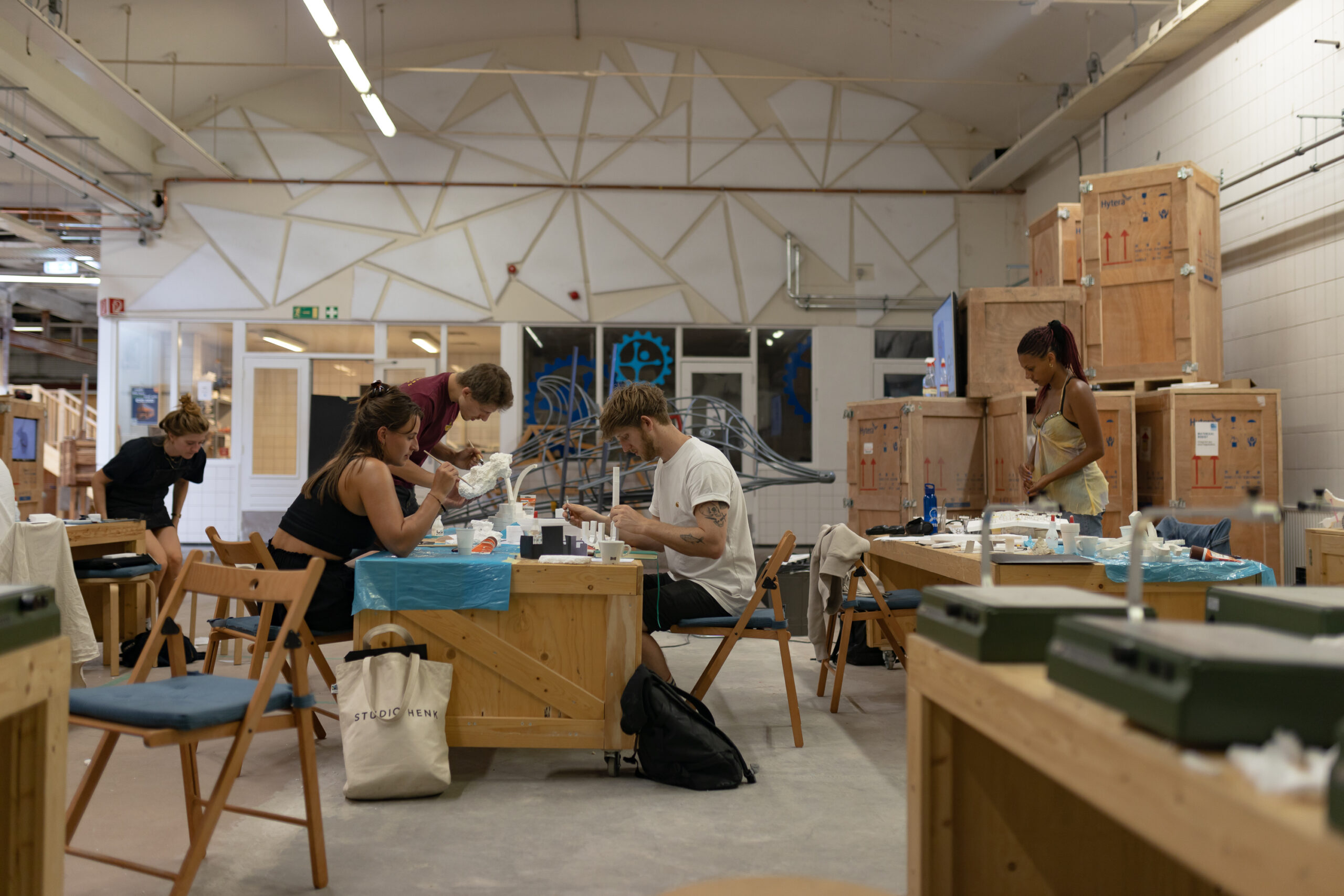 At the ‘3D Character Design’ masterclass, participants were handed two animals that they combined into one. This resulted in colourful, funny and imaginative creations. For Vikki and Niels, founders of YONK, it was very beautiful and rewarding to see the results. “It’s the first time we were able to host a masterclass in real life, instead of digitally, which we did during the corona period. We will definitely use this experience as a blueprint for masterclasses in the future.” Vikki admires how quickly  the participants mastered the tools. Their time in Breda was also a positive experience:: “We didn’t know so much exciting things were happening here. It really is a creative city.”

On Wednesday afternoon, the participants of both masterclasses presented their creations at the Graphic Matters office. The eight works from the StudioSpass masterclass formed a speculative ‘sculpture park’, with each work also having a matching poster. The 3D characters made during the YONK masterclass were presented on a screen. Each participant told something about their work and the process. 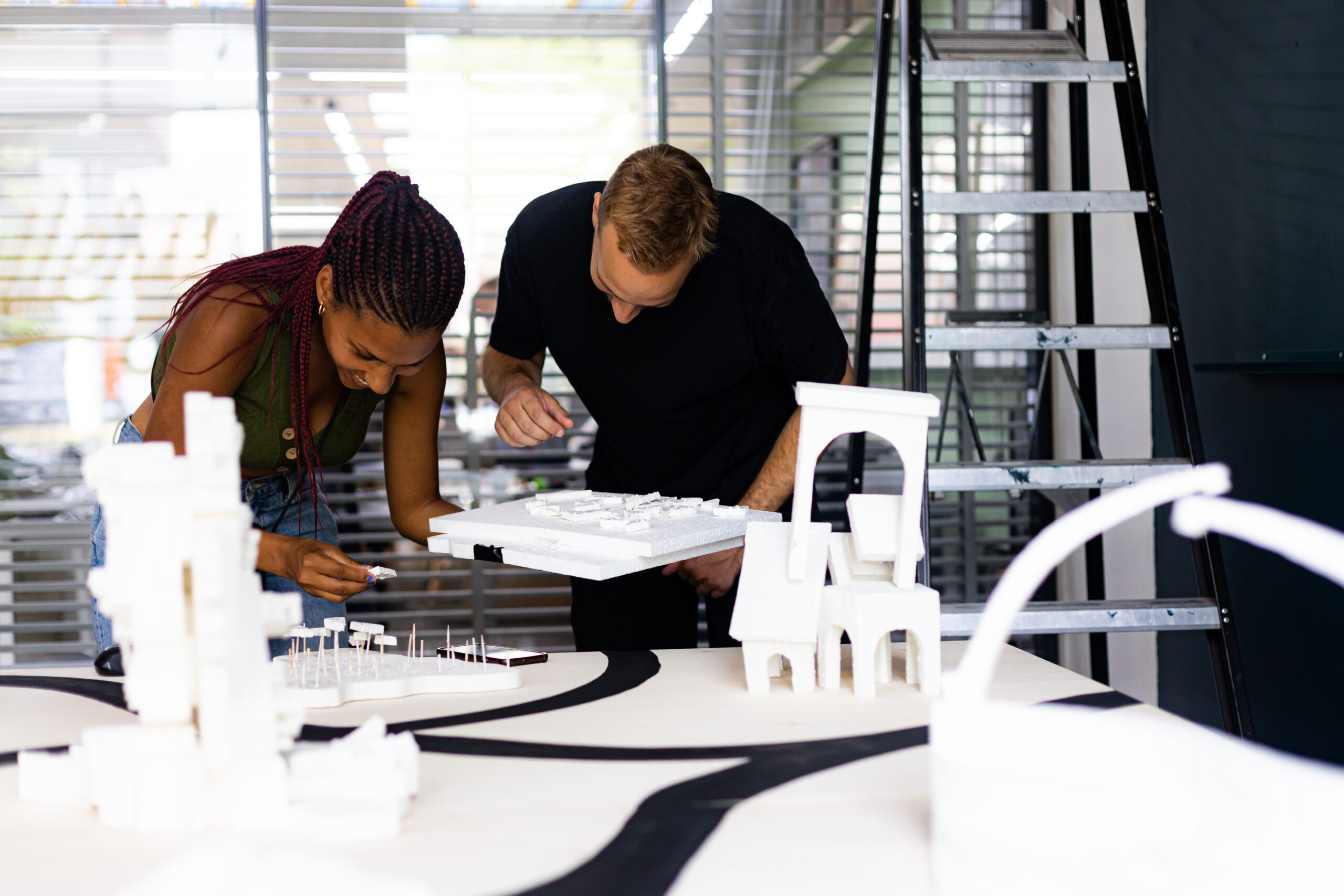 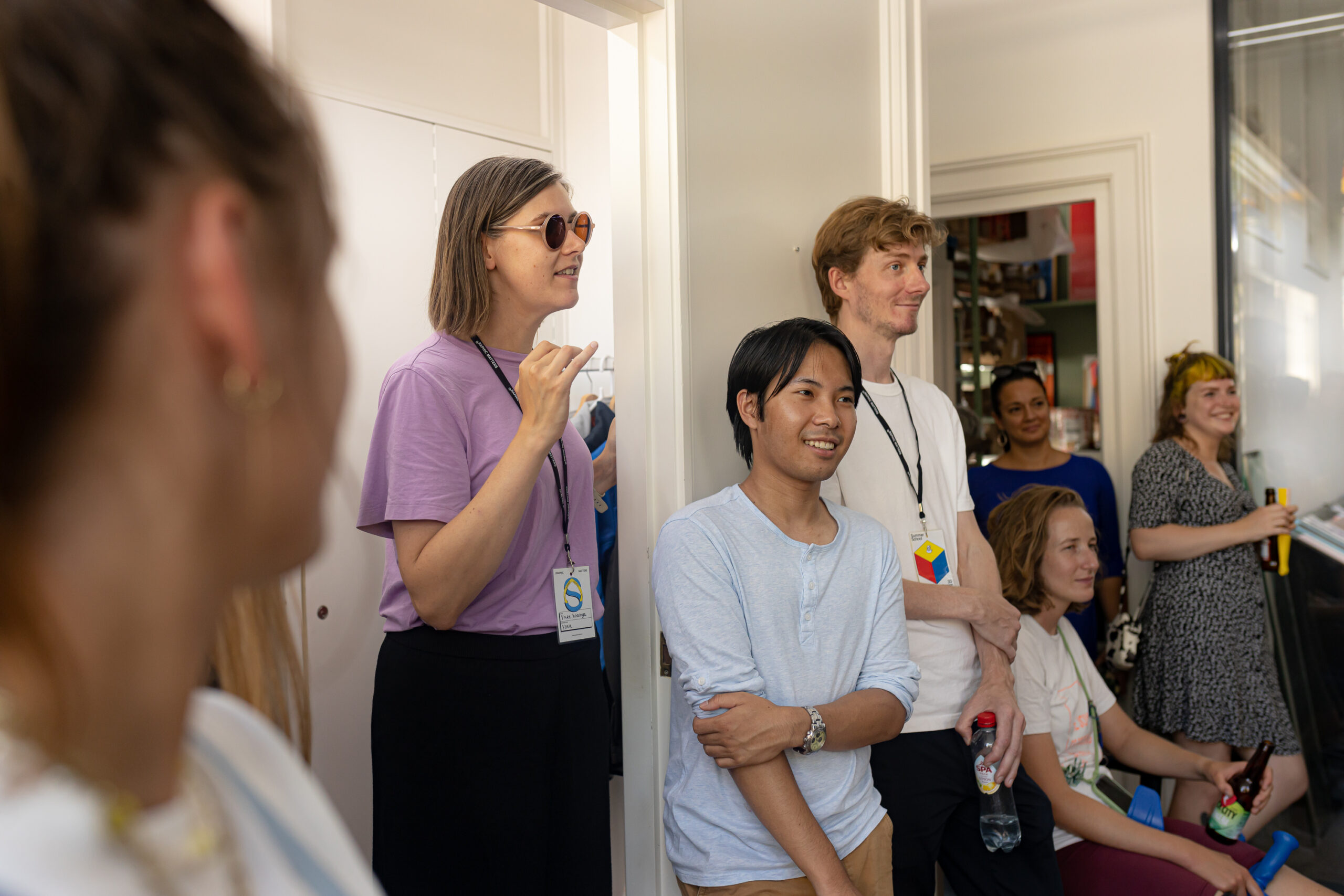 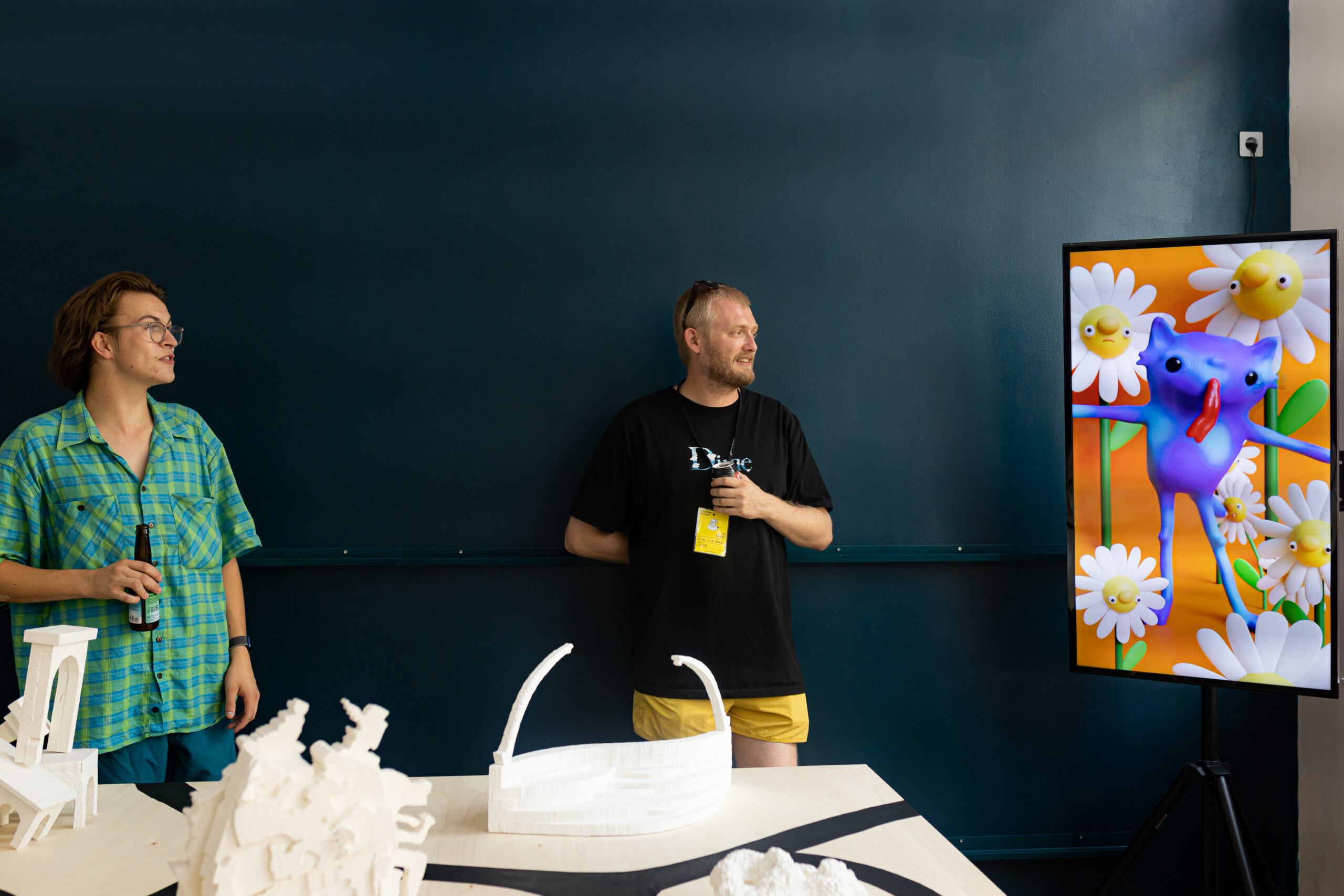 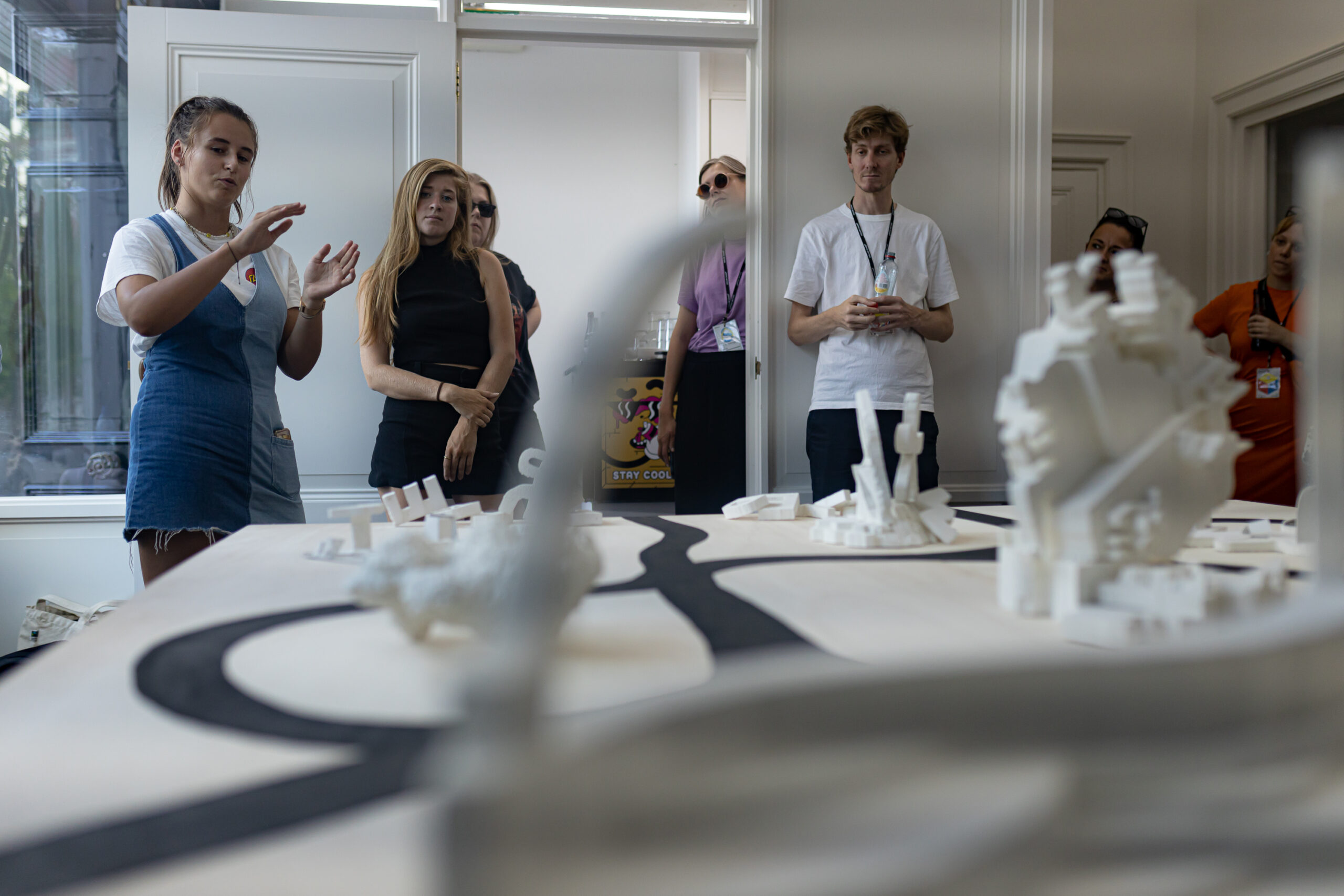 After the presentations, a thank you-word from project leader Anouk and a drink, Summer School 2022 came to an end. A big thank you to all masters, participants, Keep An Eye Foundation, Gemeente Breda, De Uitvindfabriek, BANK15, our photographers and all other people involved for making this second edition a great success. See you next year!

Photo’s are made by Rosa Meininger. You can find all the photo’s from Summer School 2022 here. 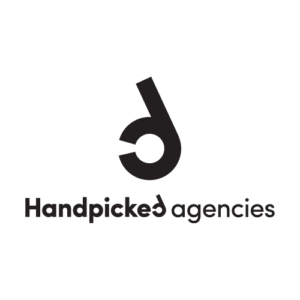