In 2019, Rob van den Belt and Robin van Gurp designed a successful Summer campaign, shown in hundreds of A0 frames. As a run up to the festival ‘Information Superpower’, the local designers created a series of three posters in which they searched for the soul of infographics. In addition to the fun, yet professional discussion on social media (the lack of a ‘call to action’ confused experts, but was a deliberate choice) and great follow-up jobs, it was the first time the ‘Robbies’ experimented with animation. Back then, the moving visuals could only be viewed through an app.

Fast forward two years and the two designers are now world famous outside of Breda, thanks to jobs for (inter)national clients -within a year they made multiple cover illustrations for national newspaper De Volkskrant, and grabbed the attention of influential design-media like It’s Nice That.

Over the past months, the two cheerful friends have delved into animating their illustrations. An important skill that allows them to emphasise the distinctive character of their work. Rob en Robin illustrate and animate from a process that is clearly based on graphic design principles. They use software such as cinema4D to achieve the correct spatiality. Even with a rendering program as a starting point, it’s still a hell of a job to translate an animation to the well-known black outlined illustrations. In addition to their recognisable visual style, their dry sense of humour is also a very important ingredient. 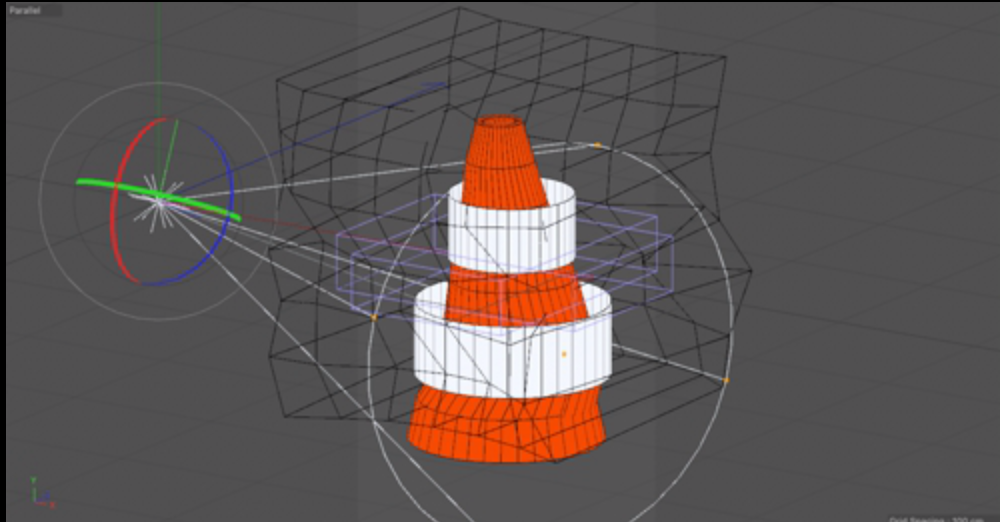 Process image of Studies in Motion

The series ‘Studies in Motion’ consists of three short animations that show how the absurd correlation between random objects result in autonomous and unexpected interactions. By collaborating with Centercom (a Dutch outdoor advertising firm), the animations will be shown until September 19th on 200 screens at cultural organisations, hotels, bars and restaurants across the Netherlands.

On August 25th, participants of the Graphic Matters Summer School will visit Rob en Robin at their studio (who also created the Summer School identity). 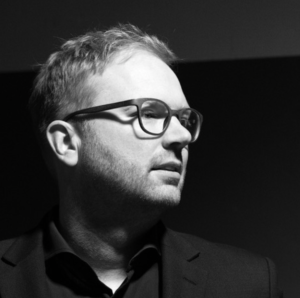 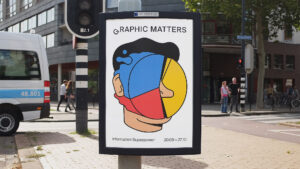